The following installment of Retro Prose was a piece I wrote in July of 2016 during the consecutive releases of Gearbox Software's Battleborn and Blizzard Entertainment's Overwatch. Granted quite a bit of information in this piece is hilariously dated, and as much as I do stand behind enjoying Battleborn for what it is, sadly it didn't survive being around as long as Overwatch has.

However, I am giving it the spotlight again to also reinforce what I wrote extensively in last year's Sidequest Corner about how I feel the game's industry can learn to take some more risks and be a bit more flexible and pro-consumer with their standard models.

Also completely unrelated: I officially backed Deadly Premonition The Board Game on Kickstarter. Because I practice what I preach, yo.

We Need More Cult Classics (Originally a Feature on OmniGamer.com)


I have recently gotten a lot of entertainment out of a recently released colorful hero-based action game: Battleborn. This got me thinking how the video game industry is so all or nothing with both development and reception. There seem to be either gigantic AAA titles of established franchises or occasional indie darlings. These are merits to both of these camps but what about the flawed gems, the cult classics?

In spite of much more popular experiences stealing the limelight, I have a special place in my heart for games that are just a bit off. Either they weren't marketed to the right people, they were difficult to find in stores, had a massively troubled production or are just so bizarre, divisive and off the beaten path I can't help but admire them. They're more earnest and while an argument can be made for polish and refinement being just as important to the craft, limitations generate creativity. Undertale is a prime example, and it's a notion I wish more major publishers understood.

Case and point is Gearbox Software's MOBA-Shooter hybrid. Taken on its own merits, Battleborn is a very gonzo production. It took elements from different game genres, but it had its own distinct mix of Gearbox obnoxious frathouse humor doused in internet memes. Visually, it was a bizarre mashup of several art student projects tasked with creating a Saturday-morning cartoon from the '90s. As an experience, it had to set-up its own world and characters, which actually manage to be interesting once you piece together what's going on. And gameplay wise it had to figure out a way to combine MOBAs and Shooters in a way that wouldn't make the gunplay feel weak or the MOBA elements feel phoned in. 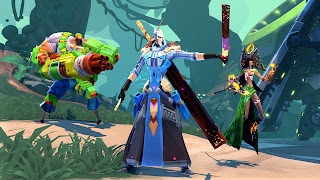 That is a lot of design challenges and Battleborn's successes and missteps make it a fascinating game to experience. But it had to be compared to Overwatch. Both games were marketed as colorful vibrant experiences with diverse characters and as such, were inextricably compared to one another when beneath the surface they are vastly different. When it comes to refinement and polish, Blizzard's production took the gold, whereas if Battleborn distinguished itself more, it could have been great on its own merits. I have played my fair share of both, and while the latter's player install base is a hollow shell of its former self, the passionate community does prove I am not alone with my love of this scrappy underdog that's still being supported admirably by its developer.

On the more Japanese side of the equation, I also found the time after a lot of obligations and excuses to experience Swery65's D4: Dark Dreams Don't Die. Swery won me over to his unhinged mind after experiencing his cult hit Deadly Premonition, which is in the Guinness World Record book as Most Critically Polarizing Survival Horror Game in 2010 for good reason, and I was not disappointed with his personal mix of Twin Peaks and Quantum Leap. It was the most technically optimized project he has worked on and since the game was going down the episodic route and had the backing of Microsoft's considerable advertising and clout, the game seemed ready to become yet another modest hit for the Japanese auteur. 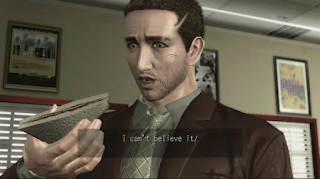 I fear this may be due to initial marketing and presentation of the game on a console. If there's one thing that major studios know how to do, it's market large big budget experiences with reliable bank. We're no strangers to sequels to popular video games, after all, Halo 5, Resident Evil 6, Mortal Kombat X, etc., and each one is always marketed as something bigger and shinier. D4, by comparison, felt like the rug was pulled out from under it before it could even reach its audience. It was given a trailer at E3 and a decent marketing push by Microsoft back when it was insisting the Xbox One was better with Kinect. Then due to their console-DRM backlash the company backed off and as part of a system update made the Kinect optional for the console... except that D4 was designed with Kinect primarily in mind. Then there was the matter of the game launching with absolutely no fanfare and people having to hunt for it in the Xbox store. Not enough people were aware of it and even so many years later despite the enjoyment its audience found, it has essentially been forgotten.

While both of these examples focus on marketing mishaps, I find such odd games will help improve our community. I have come across far too many players who love videogames that only seem to believe good looking conventional experiences are worth talking about and everything else is absolute garbage. After two entire console generations of easily accessible independently made experiences made from game-design studios that have actively studied in this field, coming into their own this is a public mentality that still hasn't completely vanished. The AAA industry also has to shoulder some of this blame with the constant desire to escalate and maintain the idea of bigger being better, all while having feet of clay when it comes to breaking up their game marketing from just “expensive and time-consuming.” 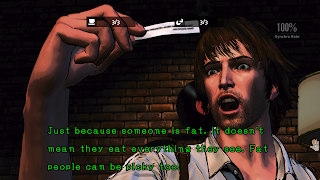 In fact a best case scenario example already happened in recent memory: Demon's Souls. From Software's Action RPG for the PlayStation 3 was the definition of a game with an acquired taste. Yet, the game became a bona fide sleeper hit and the studio went on to create the highly successful follow-up franchise of Dark Souls alongside the PlayStation 4 exclusive Bloodborne. The design of these games have even spawned their own subgenre. I actually hated Demon's Souls when it first came out and I am an unapologetic fan of the Dark Souls series.
This is why I have nothing but high praise for Telltale Games recently. After earning universal critical acclaim and financial success with their game adaptations of The Walking Dead, Game of Thrones, and even Gearbox's own Borderlands franchise, they have decided to use their newfound capital and pull not just to continue doing what they do best such as a third season of Walking Dead and their own take on Batman, but have also opened up their own publishing division. The first game they decided to publish? The untested waters of porting the Steam Early Access indie game by The Fun Pimps, 7 Days to Die to the PlayStation 4 and Xbox One.

This was an insanely risky move... until I noticed the asking price sits at $29.99, half of the standard retail price of a major videogame. This is a fantastic move by Telltale and it's one I can absolutely respect for a studio that has built a legacy on keeping things simple but well-presented.
Cult hits and modest successes have their place in this medium. An outside perspective with a reasonable scale and budget always impress me more than something that tries to please everyone adequately and it helps remind more players that games are a much broader medium than just competitive online deathmatches and time sinks. They are healthy shake-ups to the status quo and will only make things better.