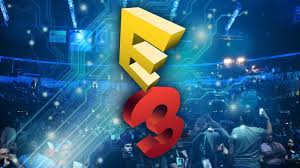 Another year, another E3 has passed. Honestly I've done the news round up and rode the hype train so many times it is all become so embarrassingly rote to me. Stick to the big announcements and build them up, wag your finger at the major disappointments and missteps, then hold on and see what games actually come out this year and then write a feature about what happens. Not to mention get in contact with PR and try to get review copies of games out for topical reviews. Rinse, repeat, cash the check.

But this year's E3 was very unusual in that it was across the board fine. Alright. Completely middle of the ground compared to past years....

Yeah there is a certain amount of glee and even righteous fury that can be gained from seeing a show or a pitch go awry. Primarily because it means I still have a job of being an insufferable smart ass with a wide vocabulary, but also because it can give insight into what exactly the industry thinks of the community and what they think the gaming community want. Industry of trends and all that.

So let's get on the hype train together again as I go over several of the biggest announcements brought up by E3 2017 and why I think you should pull back on your enthusiasm, and several announcements that I think should have gotten more attention. First, the bad! 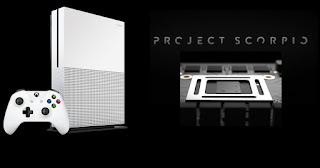 Microsoft: The Xbox One X (The X stands for Deja Vu)

Alright, fine. Cards on the table, I never liked the Xbox One. I hate how it looks like a fancy VHS from the mid-90s and sounded like a chainsaw when it runs. I hate its counter-intuitive UI that will vomit ads for Doritos and Netflix and the next Call of Duty in your face but make it a damn chore to just look for games in your library. I hate that Microsoft thought they could put DRM into it and piss off bargain bin gamers and the entire second-hand retail game business and charge you 500 bucks for the privilege and thought they could hide it by using a shitload of buzzwords about The Cloud (which isn't how cloud computation works at all!). But above all, I hate that it's a console that sold itself as a multimedia all-in-one box like an overpriced Apple product (I'm not being snobby I use an iPhone) and primarily forgot that console exclusive games help sell a machine like this. Halo and Gears of War only go so far, and aside from like two or three games around the console's launch, every other exclusive has either been canceled or found more success on other machines.

Microsoft desperately needed to reach out beyond their established consumer base if they wanted to get their heads back in the game in the console war against Sony, actually make their Windows 10 platform a viable competitor to the myriad of other outlets of PC gaming, and actually bring some personality back to things to handle Nintendo's sudden rise back to prominence with the Switch.

What they did... was blow an entire 90 minute presentation on a lot of trend-chasing and marketing guff and nothing to show for it. They talked about how the Xbox One X was a much more powerful upgrade from the Xbox One and how they talked with developers about how they changed the hardware to make it easier to develop for and bring a premium experience to players. Basically the exact same pitch they gave back when the original model launched.

They then proceeded to show off one tech demo of Minecraft running at 4K resolution, announced a new Forza game and then want on to talk about limited exclusives, timed exclusives, exclusive premiere trailers for games that are NOT exclusive to their platform, and some ports of other games coming to the machine.

Seriously, the word “exclusive” lost all of its credibility by the time that show concluded. Much the same way a good chunk of other exclusives for the Xbone eventually fled ship and came to Steam and PS4 later.

Oh and this allegedly premium box that runs everything better than the established base model Xbox One, not a single example shown. Seriously specs are one thing, but people need to see how much better it runs and there wasn't even a side by side comparison of performance to put the PS4 Pro's Boost Mode to shame in this entire 90 minute presentation. What we got was Terry Crews being Terry Crews before a developer confirmed that Crackdown 3 was gonna be locked to 30 FPS. So much for power folks.

Oh and once again, this new box will cost you $500 bucks. Or..you can save some money and get a PS4 Pro for cheaper. Yeah it's not “true 4K gaming experience” but at least one has diverse console exclusives.

As for that Windows 10 exclusive? Ten bucks says within two years those exclusives jump ship to Steam, GoG, or Origin. Don't believe me? Killer Instinct is coming to Steam!

Now the updated Xbox Live avatars that are the result of a concerted effort of a massive inclusion initiative by Microsoft? That's fine. So yeah 6/10, needs more disabled person options. 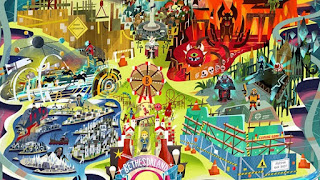 Bethesda Land: Give Us Your Money and We'll Sell You Skyrim Again

I wish I could be more flippant about this. I actually like Bethesda as a developer and a publisher. I love Dishonored, I enjoy the occasional Elder Scrolls binge, and Doom 2016 and the latest Wolfenstein games were the shit.

But their presentation was part of a really cheesy amusement park look and it was done to dress up the fact they've ported Skyrim to the Nintendo Switch, have made VR versions of Fallout 4 and Skyrim, Made a Skyrim expansion to their Elder Scrolls Legends card game, and even gave away Skyrim themed marital aides to everyone who attended the show!

That last statement was false but would you have believed me at this point!?

Also, there was the announcement of Creation Club, Bethesda's attempt to basically sell mods for their games. On the one hand, I think it's a clever idea to bring in modders as essentially third-party developers to make new content for games, and it's also a clever way to get around hardware and security concerns that have made Microsoft and Sony particularly reticent about mod support on consoles. On the other hand, PC players aren't going to let that fly, and Valve already tried this once before and they backed down from shear backlash. One way or another, this will end badly.

Ubisoft: We Announced Beyond Good and Evil 2, That Means We Won

On the whole I actually enjoyed Ubisoft's conference. The Mario + Rabbids crossover was unexpected and actually looks like a good bit of fun. The shear audacity of the studio just taking the pirate ship combat from Assassin's Creed 4 and turning into a flat-out pirate game called Skull and Bones is just blatant self-cannibalizing enough to work.

On the other hand, the big announcement that got a large reaction was Beyond Good and Evil 2 getting announced. I should be glad that Ubisoft even remembered this damn series even exists and they even got the lead director of the original, Michel Ancel back for the sequel, but there are a lot of red flags hidden under this presentation.

First in several interviews after the show, Michel mentioned that the game is actually a prequel, set before the birth of Jade, the original game's protagonist, making this sequel a prequel-sequel. Second, that despite a teaser trailer coming out back in 2008 and a lot of blink and you miss it mollifying statements by the publisher that “oh yeah we're totally working on this game,” Michel said that the game basically just entered development.

This leads me to believe that either the game was in a very troubled state with multiple planning stages and concepts dropped and after almost a decade they finally settled on something. Which NEVER bodes well for a finished product of an experience. Or that Ubisoft was lying to fans and finally decided to just give them what they want. With a preanimated trailer that showed off no gameplay at all.

By all means be excited, but be very wary, something doesn't seem right.

Alright, now for the good! 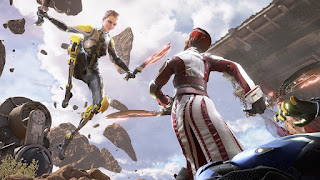 The Retail Price of Lawbreakers

Cliff Blezinski's new studio has been working on a multiplayer only online shooter with fancy gravity mechanics. Looks fun enough but people were dreading to hear how much it was going to cost people. At the PC Game showcase, Cliff basically said on stage that the game would be $29.99 and that it would be supported with free maps and weapons. Then added, “screw that sixty dollar multiplayer-only bullshit,” basically slamming the practices of Microsoft and EA. Bold move, Cliff, and I love you for it.

It is also a fantastic example of a studio finally having the balls to give a competitive price point to the standard $60 dollar market. It's been done before with smaller productions, but to hear it come from the mouth of the founder of one of the most well-regarded studios in the industry today is a much needed shock to the system.

I mean it also won an award from The Game Fanatics so I might be a little biased but whatever.

Sony's Dedication to the PSVR

Remember the PlayStation Vita? How about the PlayStation TV? Or the PSP Go? Remember how Sony pushed the crap out of those things then let them wither and die when they didn't turn a profit immediately? I certainly do!

Fast-forward to this E3 and Sony's conference was probably the most toothless and inoffensive. New God of War footage was shown, a remake of Shadow of the Colossus got announced which rocked my socks off, and the videogame equivalent of boring gray sludge coalescing into something resembling lowest common denominator entertainment showed up in the post-apocalyptic dynamic open-world narrative focused action-stealth crafting zombie killing experience Days Gone.

But Sony actually caught on that they're on to a good thing with their PlayStation VR headset. Right now they have the cheapest available option for VR gaming, a highly experimental niche in the community, and on a console no less. And thanks to some savvy marketing and planning, this darn thing actually turned a profit. So naturally, Sony continued to show off more games for it and continued to bring up more support for the experience. That is fantastic! 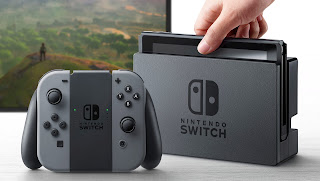 Basically Everything At Nintendo's Conference

More stuff coming to the Nintendo Switch. Announcements of several beloved series getting a new installment soon. The utter revival of the Metroid franchise. That catchy as hell presentation of Super Mario Odyssey. The fact that they showed off actual playable demos that you can trust a lot more than heavily scripted and fake “live demos” from other conferences. For all of the ways this company infuriates and makes their fanbase angry, they really do need more credit in this department this year.

And that was it, my obligatory post about E3. Now get out of here, we'll see you in the next one!
Posted by DigiDesperado26 at 2:20 PM