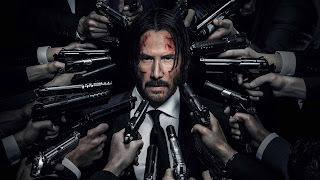 This week's Sidequest Corner is going to have a slightly different focus. Instead of talking about game design or trends, I am going to focus on a disturbing trend by the game industry. Nothing sinister, but just mundane enough that can lead to some big problems down the line.

In case you haven't been completely swept up in pre-E3 hype, or as I like to call it “the part of the year where I go close to a psychotic break and can't remember if I hate video games or love them,” the Sony Corporation said some pretty idiotic things lately in regards to an aspect of gaming I wish got more love: backwards compatibility.

In a recent interview with Time, the head of Sony's global sales and marketing Jim Ryan was discussing the future of the PlayStation brand. The usual questions were given, this is Time we're talking about, regarding the continuation of PlayStation VR support, competitive pricing for downloadable games and the continuation of high profile experiences for the system. Seriously, there's a reason why the PS4 is my go to console of choice for high fidelity modern experiences.

But then when asked if the PS4 would continue to bring more emulated PS2 games to the platform, maybe even remaster and re-release more games from the PS3 and PS1 era, the head of sales in all of his wisdom said this:

"When we've dabbled with backwards compatibility, I can say it is one of those features that is much requested, but not actually used much. That, and I was at a Gran Turismo event recently where they had PS1, PS2, PS3 and PS4 games, and the PS1 and the PS2 games, they looked ancient, like why would anybody play this?"

This right here is why I sometimes cannot stand the tunnel vision of the guys who make the decisions in this game industry.

It highlights two major problems with this industry's attitude towards its own history. First of all, it tries to downplay the importance of this feature by saying nobody really uses it. Keep in mind some of these games never got an official PC release so emulation is a tricky experience that some people would rather gladly pay a few bucks for an official port. But of course, being the head of sales, Ryan makes it a numbers game.

But does he have a point? Actually in terms of his competition at Microsoft, a bit. There was an extensive dive into player metrics done by Ars Technica of the Xbox platform and it showed quite a lot of interesting consumer data. There's the usual unsurprising numbers of the most games played on the platform are the likes of Halo and Grand Theft Auto, but there was also a pie chart showing how much Xbox One users use their consoles and for what. A mere 1.5% actually take advantage of the Xbox 360 backwards compatible titles. Since this was from a sample size of roughly 930,000 users, that is barely 10,000 people supporting a big endeavor on behalf of Microsoft. So from a strict marketing perspective, it does make perfect sense to just not bother with preserving the past and throw more money at the next Halo or Call of Duty and market their Season Pass, Special Edition, and normalizing microtransactions.... 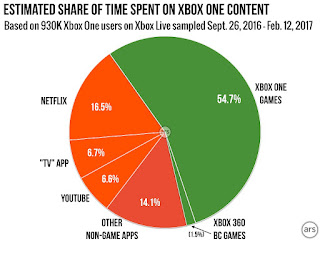 Except the chart is misleading. Earlier on in Ars Technica's report, they cited that Microsoft has 55 million registered Xbox Live accounts, making that 930k sample size quite small. This is not taking into account users who still have a 360 or who actually use Windows 10 to game, but it leads to a lot of misleading numbers. We're effectively making big statements out of a drop of a drop in the bucket.

But when it comes having direct access to games old as well as new, it can't just be a marketing thing. This industry is great at projecting tunnel vision on to its users. Get the new thing, it's better, forget about the old. Except that that is a huge detriment for gaming literacy and helping the gaming community become more savvy to interactive snake oil salesmen. If emulation and backwards compatibility was a lot more commonplace, Activision wouldn't have made the call to hold one of their most beloved games, Call of Duty 4: Modern Warfare in its entirety to ransom for buying an eighty-dollar version of their latest homogenous boring Michael Baysplosion fest for example.

Also to say the least this downplays gaming as an artform. Using this exact same logic in Hollywood, everyone should just make multimillion dollar superhero movies and nothing else because that makes money. Why bother giving out a couple million bucks to small indie movies or preserving old films? Only a small fraction of film goers will pay for it, so it's not worth it.

Guess what though? Film does have a preservation initiative, called the Criterion Collection. It's on dvd, and they even have a dedicated streaming service, all to keep old films from the likes of Buster Keaton and Akira Kurosawa easily accessible to the public, regular joes and film buffs alike. Do a lot of people use it? Probably not, but it still helps the medium strive long-term.

This is also hurting developers. More times than I could count I lament the fact that various developers don't have easy access to older games to help them with development. Maybe a game had a novel way to work around hardware limitations, or had a unique idea that wasn't fully thought through. True there are always developer conferences and user-friendly development tools, but for an industry that demands so much, this is a crucial tool that is being woefully maintained.

All of this is less common on PC thanks to emulation and preservation efforts, but consoles are still one of the most popular ways to play, but the distinct absence of access still unintentionally on a sociological level downplay the importance of what has become before in favor of what can be done visually now, and it winds up hurting developers and consumers alike.

Which brings me to why I named the title of this Sidequest Corner: Ryan saying that old games look ancient, so why would anyone bother with them.

I unfortunately do not have a source to back this up compared to what I've done so far, but I read a study once that basically confirmed to me that in the broadest possible sense, people who enjoy video games love amazing visuals moreso than interesting or engaging gameplay. Put simply, they want pretty colors and realistic looking people and locations, then they want interesting content and gameplay. So once again, the numbers don't lie, people like games that don't look like crap.

Jim Ryan, I'm sure you're a nice guy and I know you are smart and have done a great job making your employers very happy and very rich, but I have something to say to you. 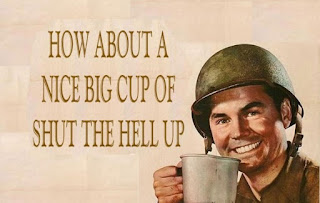 There are way too many examples of best selling games that look terrible by modern standards. Not just critical darlings like Undertale or Pony Island but multimillion dollar franchises.

Heard of a thing called Minecraft? That thing that looks like an old NES vomited all over a kid's LEGO set? The thing that is on every platform conceivable, has toys, merchandise, a freaking movie in the works?

The shear ignorance of your statement knows no bounds either. Do you think people go to watch old black and white movies to complain about how there's no color? No, they are entertained by how the films are shot differently to work around that limitation. Games are no different. Donkey Kong Country on the SNES looks chintzy now, but there's an undeniable charm to how it pixelated its character models to work around the console's limitations to give the illusion of something possible on the Sega Genesis.

Also, just to put the cherry on top of all of this, people are willing to pay you money for this service! Going back to that Xbox pie chart from before, if only about 9,000 people used Xbox 360 bc games, and let's just assume they bought them again and the going price for each game was twenty bucks, that is 200,000 dollars in direct digital revenue to the publisher. That could be north of a few million since, once again drop of a drop in the bucket. And that's just assuming the person bought only one game. There is potentially north of a million dollars in this small example alone that is just going by the way side.

So what if it doesn't make money hand over fist? For an industry that has Hollywood envy, you have done a terrible job following their example in having a preservation effort like Criterion, want to keep your consumers blissfully illiterate just so it will seem like a gift when they cash in on nostalgia, and actively hamper the creative element of your medium to tap into the rich vein of the past for a vital future. And Jim, you're not helping any of this with what you have said.

I sincerely hope for the best for you and for Sony in the future. But dude, shut up. You're not helping.
Posted by DigiDesperado26 at 2:00 PM