Saturday Sidequest: Is Breath of the Wild Too Large? 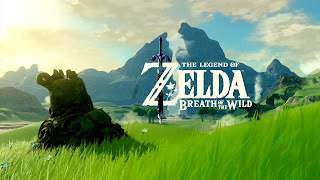 As I mentioned before last week, I am finally tucking in to my Nintendo Switch now that my obligations as a consumer reporter has been fulfilled. I enjoyed playing through the timed exclusive prequel to the phenomenal Shovel Knight, Specter of Torment. I got to test out the co-op with the Joy Cons with the cute puzzle game Snipperclips. And I do love how the eShop is coming along.

But of course the big reason to pick up a Switch is to play The Legend of Zelda: Breath of the Wild. A brand new Zelda adventure that marks the first concerted effort by Nintendo to make their adventure series into a sandbox. During their marketing they compared the size of the world's map to past Zelda games, playing up the large scale and scope of the whole experience compared to the likes of the Great Sea from Wind Waker or even the likes of other open world games like Skyrim. 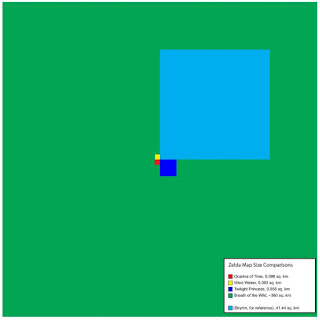 Which lead to a lot of skepticism by a lot of people, myself included. Because it lead to one large prevailing fear: Is this world too big for what Nintendo can provide?

The worst prevailing trend in the game industry, mostly perpetuated by the major AAA publishers, is the marketing of spectacle and scale as opposed to craftsmanship and optimization. Check out our new video game, it's looks bleeding edge realistic and look how much particle physics we can throw at you. Check out our open-world game, it's the size of a small island nation and you can fool around in it and make your own fun. We made an entire universe for you to explore!

Yet every single time these sweeping buzz words and hype machines start up they are immediately shut down by a simple question: what can you do in those worlds?

As much as I enjoyed it in small bursts, the greatest offender of this trend came with No Man's Sky. The marketing suggested an entire universe to explore with unique and exotic planets with interesting plant life and diverse environmental designs....

And then the final product was mostly several thousand remixes of the same digital LEGO bricks. Similar environments, unusual creature designs that recycled themselves, and the exact same plants just with different names under different color filters.

However, the exact opposite can be true if a sandbox is full of too much. Ubisoft is the biggest offender of this. Almost every single game under this French publisher is guilty of sandbox clutter; worlds covered completely in a neurotic amount of nebulous content such as collectibles and basic busywork to give the illusion of engaging content. The last two Assassin's Creeds were offensively guilty of this with maps so full of clutter you couldn't even read the map through all the icons.

Which brings us back to Breath of the Wild since it has now been a week after launch. It would be all too easy for me to gush about so much that the game does right. How hands off it is with teaching you gameplay, all while giving you just enough to figure things out. The stunning art direction that hits a perfect mix of stylized realism and exaggerated myth. The focus on planning and meticulous action by cooking meals and preparing potions to heal in advance and watching the durability of your weapons. The clever yet accessible puzzle design of the Shrines sprinkled throughout the map that are elegantly tied to progression.... 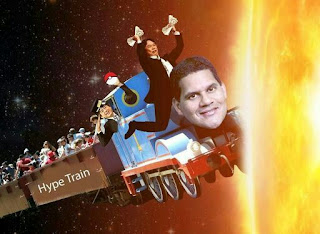 Hey! I said it would be all too easy to gush.

But the biggest question that hung over the entire experience did linger in my mind after a solid 20 hours or so of play: is this world too big?

First, let me address what usually leads to this complaint. Whenever you create a level, or to a greater extent an open-world, one of the greatest challenges facing a designer is minimizing a phenomenon known as Negative Possibility Space. This is what happens when a designer puts an expectation in the player's mind by making something that catches their attention, and then fails to reward the player for seeking it out.

An example would be you are walking around in an open-world game and come across a large mountain. Being hungry for exploration you decide to climb it, thinking there has to be a quest or some reward for getting up there. Two hours and a lot of trial and error later you arrive to the top of this tower... only to find absolute bupkiss. As a player, your immediate gut reaction would be to think why the designers even bother placing a mountain there if it wasn't going to reward you for climbing it. This leads to players thinking of the entire mountain and all of the work that went into it as absolutely pointless and irrelevant. A large waste of space.

Removing this disappointment doesn't even have to be some amazing reward, something as simple as money or an item or even a hoard of enemies guarding some precious resource will be rewarding enough.

Which I believe is at the core of what players are sick of in such large open-worlds: exploration is either implicitly discouraged by not filling up Negative Possibility Space or explicitly discouraged by the map giving away the location of every single item of interest. This turns all of the work put into the world by the designers into a very pretty and aesthetically holistic background as you go from point A to B to C and so on in order to finish the game; ostensibly making the whole experience linear by nature in a different flavor. 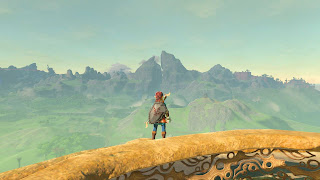 Make no mistake, Breath of the Wild is a large world and not even Nintendo can make every single mountain peak interesting. Even the AAA world's gold standard for the sandbox, CD Projekt RED's The Witcher 3: The Wild Hunt had some areas full of nothing after all. However, the way Nintendo handles their sandbox and how the player goes about exploring makes an absolute world of difference.

First and foremost: no sandbox clutter. Opening up your map in Breath of the Wild yields you nothing other than basic geographic information, and that's assuming you found the visually striking and easily recognizable towers and climbed to the top of them to register the local map information. From there, the game gives you the tools to mark the map yourself with special symbols. In other words, you need to mark where the enemy camps are. You need to keep track of where the various Shrines are located. You have to keep in mind where the fairy fountains are. The game even allows you to mark things you have seen via a telescope tool you get immediately so you don't get lost.

This is coupled with how the game handles its movement systems and its environmental design. There are mountain ranges but they never feel like giant obstacles in your way, designed to block your line of sight of something important. Even if they did, with some planning you can just climb to the top.

And here is where I truly believe Nintendo has transcended the sandbox structure. As I said before, for every mountaintop that does have a puzzle or an enemy camp or some item of interest, there were several I found with absolutely nothing of note. But rather than feel annoyed or betrayed, I realized I have a clear view of other potential areas of interest on the map and started scouting things out. Without fail, I always found a shrine of some kind that I missed, or an island with something glowing within, or another mountain top with some odd geography and shining with precious stones.

The Negative Possibility Space created by having a mountain with no overt reward is effectively fulfilled by giving you a better vantage point to discover more clearly defined rewards. Even when there's nothing there, you can find something definitively rewarding. 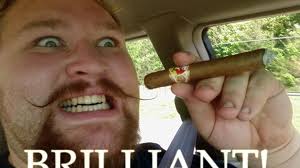 There is also the fact that large stretches of nothing actively engaging you can actually benefit play. Breath of the Wild has some of the most intense combat scenarios in any Zelda game I've played, and if the entire world was full of enemy attacks and treasure chests, I would burn out immediately. But the large stretches of nothing can give you the chance to catch your breath and take in the atmosphere, the musical score even helps with this by using simple melancholic piano keys and soft strings. It makes eventual ambushes are encounters with wandering NPCs all the more exciting or intriguing. It also gives the player a chance to appreciate the environmental storytelling going by the locations, such as the remains of lost battlefields or characters talking about paying respect to loved ones they lost in the conflict.

Not only is this organic design that keeps the the player interested in a multitude of ways, it's a great understanding of engagement; the peaks as well as the valleys.

So is Breath of the Wild too large of a world? Well this is based off of me exploring maybe a quarter of the world of Hyrule and I have clearly not experienced everything it has to offer. There's still the volcano of Death Mountain, the Gerudo Desert, the large forest areas, etc.. But something tells me Nintendo knew exactly what they were doing when they gave themselves such a large canvas to paint on. A sandbox that encourages you to get lost, a map that wants you to chart it, and a world that helps you to this goal rather than obfuscate it. These are the true accomplishments of this game and any other studio that wants to make their game open-world should sit down and take some notes.
Posted by DigiDesperado26 at 3:11 PM

Email ThisBlogThis!Share to TwitterShare to FacebookShare to Pinterest
Labels: Fantasy, Gaming, Saturday Sidequest, The Legend of Zelda Breath of the Wild