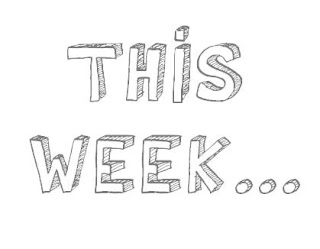 Don't worry, Saturday Sidequest is still going to happen ladies, gentlemen and genderless mechanical automatons. But, I thought I might as well divulge a bit more of the stuff I have done at The Game Fanatics and some of my other side projects while upkeeping this little digital establishment. So without further ado here was my week in review.

I've gone from a Features Contributor at the website to a more administrative role with the official title of Reviews Editor at The Game Fanatics. While I cannot divulge what this means money wise for me (not much) it does have a lot of minor perks. It also means I do a lot of editing and a lot of badgering to keep stuff on time. Review topicality is of the utmost importance folks. To play for Review purposes is to play for work! Speaking of which!

I didn't play a wide range of released titles this month. I looked a little into Resident Evil 7 for example, the first hour alone was freaky as hell. Other than that it's just been matches of Titanfall 2 to unwind and two major RPGs. 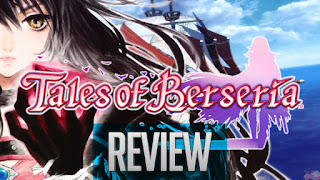 The first you may recognize as a game I cited in last week's Saturday Sidequest. Bandai Namco's latest JRPG, Tales of Berseria. A dark tale of revenge that explores themes of reason vs. want. It also has a lot of silly anime slapstick in it. It's a monster of a review so give it a read if you can.

Second was an admittedly refreshing return to a retro beat-em up. Celebrating its 30 year anniversary, Double Dragon IV. Simple but entertaining. 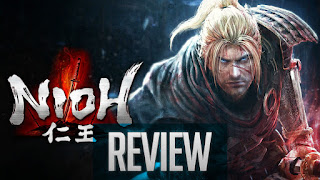 My third and final review that is now up this week is Nioh. Team Ninja's unique spin on the Action RPG set in the Soulslike subgenre. It's brutal, entertaining and very exquisitely Japanese.

Last but not least, while the primary author is TGF's own Carlos Ovalle, I collaborated with him on a companion piece to my review of Nioh. Since the game focuses on Japanese myth and uses actual historical characters and events from Sengoku era Japan, Carlos and I decided to use its release to shed some light on some of our favorite Samurai films that have similar ideas and themes to the new action RPG. The list includes the camp classic Ashura and my personal flavor of Japanese action nonsense, Shogun Assassin!

Chatting For Way Too Long!

After like two weeks of some production issues and scheduling oddness, Michael Mosley and I have revived That Random Podcast Show with a season premiere. I already plugged it before yesterday so give it a look over there.

On the other hand I participated in my first stream or liveshow or whatever you'd like to call it with another editor and contributor at The Game Fanatics. The humble yet cutting Ben Runnings and I gush about Nioh and our love of the Soulsborne series along with other random stuff!


That's about all that happened this week aside from our regularly scheduled nonsense of fan fiction and anime reviews. Come back tomorrow for another Saturday Sidequest!
Posted by DigiDesperado26 at 12:33 PM