Animation Deviation: The Girl Who Leapt Through Time

Welcome to the second part of my new three post a week initiative. Animation Deviation will be a series of rambling semi-professional reviews or observations of animated films I'm just now getting around to seeing. This was supposed to go out Wednesday afternoon but I've just accepted the role of Reviews Editor at The Game Fanatics so a bit of my day got eaten up.

For the first installment, I say we give a certain Japanese darling a certain amount of love with Mamoru Hosoda's The Girl Who Leapt Through Time. 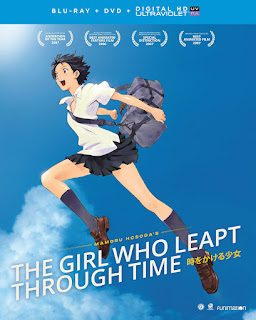 The plot is an admittedly novel twist on a personal slice of life drama. The protagonist is Makoto, a 17-year old tomboyish young woman who is dealing with the standard high school problems. She flakes on tests, has trouble with classwork, and her plans for the future outside of playing baseball with her friends are basically zilch.

But after an odd incident, Makoto discovers she can travel through time. Specifically, given enough height she can jump a certain amount of hours or minutes in time. It's not the most ridiculous means of breaking the fourth dimension out there, and admittedly it's quite novel.

From here the film becomes something I thought was impossible: a sci-fi movie that glosses over the implications of its central conceit to focus on character drama; all while not feeling like a large waste of time.

The very first thing Makoto does when she realizes she has this power is to use it in the most mundane ways imaginable. She flunks a test? She rewinds and re-takes it. Dinner night isn't the dish she's craving right now? She jumps back to three days ago when the family had Korean Barbecue. She uses up all of her change at the arcade? A quick leap to half an hour ago should fix that. By her own admission it's a certain level of bliss being able to relive the best parts of her life and get a mulligan on whatever doesn't go exactly right. Anything that starts giving her trouble is just a literal hop, skip, and retcon away.

And it is in that amusing, mundane use of the fantastic that The Girl Who Leapt Through Time actually brings a central theme rarely seen in such time travel stories. Not necessarily revolutionizing the original concept that H.G. Wells penned so long ago, nor is there any real major comedic angle explored like Robert Zemeckis' Back to the Future, but from the perspective of someone who actively fears the future, both emotionally and physically. When the movie begins, Makoto has a sense of stability with a routine: go to school, play baseball, chill out with her guy friends, go home, stress over homework, repeat. But once she has control over time things become complicated fast. Friends reveal they want to study overseas, maybe even move. Classmates at her school start resenting her for being Miss Perfect, leading to another student having a nervous breakdown from pressure (Japanese school systems are notoriously soul-crushing with their expectations). There's a particular scene where a classmate attempts to ask Makoto out on a date and it turns into a prolonged sequence of multiple time jumps where wants to avoid the question, inadvertently sending the wrong message.

It's that bit of selfishness that helps sour what is otherwise really sweet grapes. The entire first half of the movie does such a great job of getting you to enjoy Makoto's joyous time leaps, complete with some light-hearted levity and some silly recurring jokes. Mamoru Hosoda has always been really good at animating truly emotive characters both in big and small ways, and when the slow realization comes that Makoto is doing certain levels of harm with her actions it becomes the stuff of great drama. 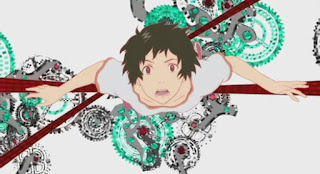 There are two elements of the movie that don't entirely work. The first is a subplot involving Makoto visiting her Aunt and talking about her time jumps. It's strange because the first time it happens, the Aunt just off-handedly mentions time jumps like it's a whimsical part of every young woman's life where they feel like they can turn back time. It's voiced as a handwave of the chuunibyo phenomenon: a point in mature development where people on the cusp of adulthood still hold on to childish fantasies of importance or empowerment. A sixteen-year old who still sort of thinks he can read people's minds for example. But then before the third act rolls around there's an entire scene dedicated to the Aunt opening up to Makoto about meeting another person in her youth through unusual means. It's a strange addition because without this entire section running through the movie it could be all too easy to chalk up Makoto's antics to just a daydream, but at the same time it feels like it's being used as a mouthpiece. A last minute attempt to beat the message of the movie into your head so when the denouement rolls around everyone is on the same page and crying.

The second element that doesn't entirely work is the movie's climax. There's a slow realization as to how Makoto got the ability to travel through time, which turns what is an otherwise mellow and easygoing film into an intense dramatic race to save lives. I will not spoil the climax but it leads to a lot of quick explanations about how the time travel works, how Makoto got them and what the price of that power ultimately is.

The problem with the climax isn't that it's bad at all in concept, it's that it goes by way too fast. When I first watched this movie with a buddy, he scratched his head trying to figure out the logic behind the multiple time jumps and quantum mechanics at play and ultimately lost where the movie was going. The emotional highs are solid, this is a movie that understands and expresses this kind of human drama really well, but when it comes to cold hard explanation it can go by a little too fast.

On the bright side, the resolution before the credits roll is absolutely beautiful. Mea culpa, I am usually not one to watch dramas, romantic or otherwise. There's always some element about the characters I cannot stand and turns me off of the whole thing, no matter how much chemistry there is. But when it comes to the end of The Girl Who Leapt Through Time I was legitimately moved. I actually caught myself saying with absolute sincerity.... 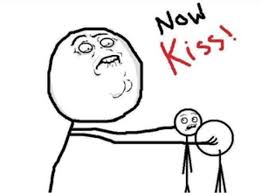 If there is a good reason why this movie isn't the most discussed in Hosoda's filmography I say it's due to how comparatively mundane it is. Hosoda's work spans from some animated shorts he did for Digimon and his talent comes from making endearing creature and monster designs interact believably alongside humans. His fluid animation style is still present here but a lot of what would be considered his signature flourishes, anthropomorphic animal designs, huge idea concepts being central rather than set dressing, etc., have yet to fully materialize here.

Personally, I find that to be a darn shame. The Girl Who Leapt Through Time might not be as easily marketable or as eye-catching as Hosoda's future films (I'll get to them later!) but it's an utterly sweet movie that I hope more people find the time to see.

It is available on DVD and Blu-Ray via Funimation

It's also available on Amazon Video