Relationship Between Editor and Writer 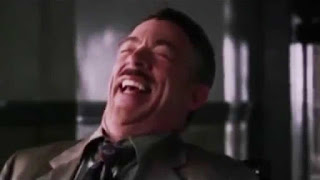 Line up the shots, barkeep, I have a doozy for you tonight.

Recently I have had the utter joy of publishing a piece for the up and coming website, PlusMana.com, and it involved my growing outrage and pain for the growing game industry trend of implementing freemium elements into major AAA productions. My particular focus was on the otherwise excellent Deus Ex: Mankind Divided and how Publisher oversight and mismanagement overshadowed an excellent contribution to interactive entertainment. In fact, my opinion on the practice is very well documented dating as far back as the early podcasts I used to do for game-criticism websites based all the way in Australia (we all have to start somewhere folks) and even as recently as a series of longform articles I have written as recently as a few months ago.

But lo and behold when I decided to promote myself by linking to some of my prior work, it's not egotistical it's just good business, I discovered that my work was quietly dropped from the website without my knowledge. Obviously for the sake of professionalism and a big old dose of the benefit of the doubt, I will not disclose the site in question or the reasons why the content was dropped but it has lead to my rambling thoughts for the night.

When it comes to Game Journalism and Game Criticism, the job that most people not in the biz underestimate is the editor. For all of the fancy and colorful personalities out there, Total Biscuit, Angry Joe, and Caddicarus, most do not think of the critics who simply type and investigate. Those who have to help their words and voice make sense, doubly so.


The editor's job is always twofold. Ensure that the writer's particular voice and opinion comes in loud and clear, and make sure the piece in question fits with overall tone and voice of the publication in question. It's a reason why you won't find anything particularly probing on Buzzfeed or something completely unsubstantiated and unfounded at The New York Times or Washington Post.

That above paragraph sounds like common sense, and from an insider perspective it is, but the horror stories I can divulge makes it sound like some hidden long lost piece of arcanum. When it comes to the wild lands that is working for young up and coming game websites is that worst case scenario, the editorial staff have very little practical experience and haven't developed the capacity to separate personal opinion from professional detachment or professional integrity.

In fact for the sake of perspective let me bring one up back when I was an impressionable scribe. My editor was, to use the a textbook term, the absolute fucking worst. Yeah, you read that right, a full blown F sharp in my second post on this blog. Don't get used to it, I use the word lightly. He shall remain nameless but he was a stereotypical aggressive frathouse gamer with every single negative toxic stereotype rolled into one. He was a Satanist, a metalhead, thought Halo was the single greatest cultural achievement in the history of humanity because of its "insightful commentary on the horrors of organized religion," which for someone who believed such things to the degree that he did is hilariously ironic since the Halo franchise more accurately decries and criticizes the dangers of zealotry and misplacement of faith. He denigrated anyone who disagreed with him, and when it came to loyalty he would stab you in the back if he could crawl across your body to somewhere better.

Anyone who disagreed with him, including his writers. He effectively broke the cardinal sin of an editor: your opinion on the subject doesn't matter, your writer's does. Yet every single time I remember submitting a review or a piece to him, it was the stuff of nightmares, because either I had to mollify his opinion somewhere in the text, or stand my ground and butt heads with him over the subject matter. The bright side is that it helped cultivate a strong need for credible sources and decisive language in my prose early on, but at the cost of some serious self-worth.

My last association with the man came at the lowest point of my floundering psuedo career. The site I was working with, which was starting to find its legs with a decent podcast going and some consistent writers, suddenly dropped off in content. The editor wasn't contributing or putting up reviews he was assigned with absolutely no explanation as to why. Yet I was an obedient cog in the wheel maintaining my quota, until I found out my editor basically pulled off the game journalism equivalent of a dick move. He secretly started up another website behind my back, took basically the entire staff with him to begin a venture into multimedia coverage: games, movies, music, etc., told the owner of the site to go die in a fire, and then dubbed my work as not good enough to even extend an offer of a staff position...

... but not before a vile and emotionally devastating rant from him, after I stood my ground about personal integrity nonetheless, about how I have absolutely no place in this entire industry and things would be absolutely better if I threw in the towel.

What became of this site and these people by the way? At least one of them is now working at a major website getting paid a salary, free games for review purposes from every major publisher, flights to every single major games press event from E3 to PAX, and still has time to manage the website that was started up at the cost of my hard work and ignorance. Because life is fair and everyone is entitled to a free ice cream sundae whenever they feel like it. Ha ha ha.

That pain fuels me to this day. I'm a stubborn son of a gun at heart and almost every single op ed or review I write should come with the unspoken caveat of "see "insert asshole's name here", you were wrong." I'm confrontational by this initial introduction to this industry and it could have been a whole lot different if the relationship was different. These formative years of trying to take a medium I have passionately loved since I was a child into a possible career effectively trampled because someone who might as well have the label, "morally bankrupt sociopath with power" tattooed on his face gave me a crash course in how not to conduct yourself got to me first. It's been five years since that exchange and it still leads to anxiety attacks and extended fits of depression even now.

Now to the part where things get better. I effectively took over editorial duties for what remained of the site, it's doing fine now by way, and helped guide newfound voices to the love of this medium and it was an absolute joy. Fast forward to now and I have had the fortune of working with editors that respect my work enough to give more structured and thoughtful feedback. It's made my voice stronger and I have nothing but the highest respect for them.

So the next time you read something, anything really, by a writer or a speaker you enjoy, do me a favor and don't just thank them, thank the editor. There are a lot of bad ones out there, but the good ones out there help things shine and their work deserves their place in the spotlight.
Posted by DigiDesperado26 at 1:13 AM