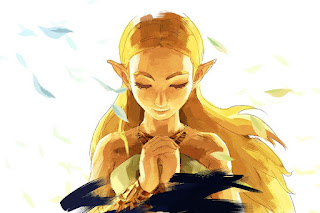 First thing's first, how was everyone's Fourth of July? Mine was quite enjoyable. Barbecue was had, concerts were attended, Pokemon Go was played, and I indulged in quite a lot of Crunchyroll and the latest downloadable content for The Legend of Zelda: Breath of the Wild.

That last part is the source of the topic of discussion in this week's post: what exactly is the key to making higher difficulty levels more engaging in games?

First off, Breath of the Wild really is an amazing game. There is a bit of a critical backlash that's been happening as of late concerning the game's sudden lack of formal structure compared to the meticulously planned original installments and the unusually obtuse decisions to include weapon durability. But personally, the game shines in so many areas that those flaws are more than acceptable. I love that it is a huge open world that wants you to explore it, giving you all the tools you need to chart your own discoveries instead of vomiting giant “Point of Interest” signs all over the map like an Ubisoft experience. I love how many risks Nintendo took with putting voice-acting into a game that has gone on voice less for thirty straight years. But above all, I enjoy how much it gives players the tools they need to solve a multitude of problems right off the bat.

I bring this up because the recently released Trial of the Sword content for the game is a greater example of another of its less observed accomplishments. I am of course talking about the hard version of the game included in the expansion lovingly titled Master Mode. This could have easily just been a “hardcore” mode with tougher enemies while giving the player cheaper and less effective weapons, but I sincerely believe Master Mode plays like a checklist for how a harder difficulty should be handled.

In fact, let's make this into a list format just because!

But first a brief preface. This isn't a list about some magical number in the code or some end all guide about how to do it. Some of this takes a lot of work by a lot of talented programmers, and I'm not one of them. This is just intuitive broad concept stuff that I wish to express. Now with that out of the way, let's do this! 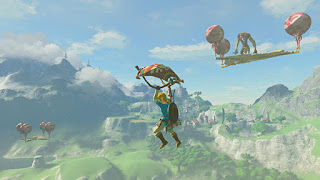 Every Element of the Game Is Changed or Heightened

This sounds silly when written down but with recent games going out of their way to have so many bells and whistles thrown in to chase a trend, it leads to a lot of problems in terms of balance. Too many balls in the air and all that. Once upon a time back in the old days of the mid-80s to the early 2000s, we could easily just assume a difficulty slider would just make enemies tougher and us more squishy. And for a lot of action-oriented experiences, that is still the norm. But when you have certain games that juggle intense meticulous gunplay, careful nail-biting stealth, a crafting system, an online co-op component, a second screen experience on a smart device, a fistfighting mechanic, a real-estate and stock market meta game and a collectible card game sidequest, just adjusting damage parameters ain't going to cut it.

For an example of how not to do it, I say look at an experience like The Evil Within. Its Akuma difficulty focuses entirely on damage, saying you will die in one hit, which shows how much the game focuses on direct confrontation, which immediately cheapens the already token stealth mechanic no thanks to some obtuse and inconsistent AI.

On the other side of the coin look at the Death March difficulty of The Witcher 3: The Wild Hunt. Game mechanics aren't just a bunch of numbers and charts, they are allegorical to the world you're in and a window into the skills and challenges you as a player face while in that world. Death March difficulty embodies this perfectly with the only way to properly heal after nearly dying in a monster attack is either to eat food or to drink a healing potion. Both consume precious resources that you have to manage compared to being able to just meditate or sleep and hold on to your precious bits of potion making materials and gold coins. The sort of scars that Geralt of Rivia has survived as his time as a low-fantasy monster slayer for hire don't just go away after a long night's rest after all.

Which brings us back to Breath of the Wild's Master Mode. From a combat perspective, enemies are quite tougher. They have better weapons than you. There are more of them. And they regenerate health over time, so say good-bye to cheap hits and pot shots.

But what about that exploration element that I clearly love so much? Well boss fight placement has been shifted around. You can't rely on what you remember during your first time around in Hyrule, so you can easily have situations where a boss fight comes out of nowhere and chases you out of a place you otherwise thought safe.

Also there is a new focus on elevation with platforms showing up everywhere. Some have dangerous enemies on them, others have treasure chests full of vital and important weapons.

As for the stealth and weapon angle? Well the latter is basically hinted at in the last two sections. You may start with terrible weapons at first, but those much better weapons wielded by your enemies are yours for the taking if you grin and bear it. The newfound treasure reinforces this as well. I haven't cleared a single major dungeon in this game, yet I'm already sporting weapons I originally didn't have until around the endgame. As for the former, I've done a lot more sneaking in my playthrough this time around just due to simple tactics.

Breath of the Wild is a game praised for giving you a wide selection of tools to solve your problems, the Master Mode forces you to use every single one of them. 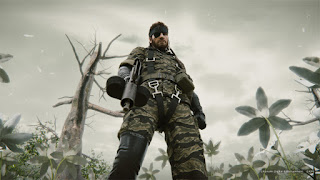 It Demands a Higher Command of Skill

Once again, dumb when written down but stay with me. There was an otherwise forgettable sidescroller I played a while back called Counterspy. It was trying to be a 2D action stealth game where you had to sneak into enemy bases and steal intelligence. The problem was the game clearly phoned in the stealth elements and just wanted to be an arcade-style gunfest. The difficulty levels even hinted at this since there was no change to the game's overall challenge instead of higher numbers and shorter time limits.

So in essence, if you managed to cheese the game's AI and fully stealth through an entire level, the game is basically the same thing no matter what difficulty you're on.

Compare this to the European Extreme difficulty of the more recent Metal Gear Solid games. A game that focuses primarily on stealth, planning, and deception with a crucial dash of over-the-top action that is close to everyone's hearts. In prior difficulties, being spotted by the enemy while sneaking around lead to an alarm being raised and enemies showing up to shoot you to pieces. On European Extreme? Instant game over. But what about those boss battles that are scripted and are basically extended gun fights or fist fights? Still the game on its highest difficulty with dangerous attacks and viciously unforgiving opponents with long health bars.

A higher difficulty level should still be a challenge for those who have put so much time into a game, as such it needs to embody the absolute highest mastery of the game at its core. It can't just be about not being able to take a punch, it has to be about expecting more out of the player at every turn.

The opening area in Master Mode throws an endgame major enemy and a boss fight into the tutorial area. You either figure out a way to beat it down with twigs and determination and get some amazing gear right off the bat, or you figure out a new route quick. Every approach of which demands higher literacy with the game's controls. I saw that's a demand for higher skill. 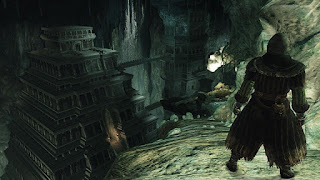 It Cannot Break Its Own Rules

In a column about video game difficulty, I would be terrible if I didn't mention the played out and tired comparisons to the Dark Souls games, one of the most influential action RPGs of the 2010s. Except, instead of using a myriad examples of my above mentioned title, I want to highlight what happens when even a beloved series gets this detail horribly wrong with an example from the black sheep of the series: Dark Souls 2.

The closest thing to a difficulty mode increase in the Soulsborne series, aside from New Game Plus, is the introduction of downloadable expansions. This is because they introduce new weapons, enemies, and hopefully new strategies that help change things up. But I am here to get particularly salty about the Crown of the Sunken King expansion. As any overly eager try hard gamer of the past six years will stress, Dark Souls always follows its own rules. Everything can be stunned with enough force. Anything with a health bar is killable. No invisible walls to get in your way. It is this very unsaid pact with its player base that gave me the impetus to create a character build for Dark Souls 2 that was nothing but punching. I made a pure strength build fist bro and pummeled my way through the entire main game. No long reach, no spells, just a bunch of suped up caesti on my fists and a lot of dodge rolling. Then I get to the Crown of the Sunken King and found out every single enemy there effectively had no stagger at all. Their Poise stat, the number that determines how much force an enemy can take before they are knocked off balance, was effectively infinite. This is a stat that even boss monsters follow by the way. My entire build fell apart instantly and I felt immediately betrayed.

You see this happen a lot with various final battles in fighting games as well. Some enemies can tank blows or just casually regenerate special abilities while you can't, or is able to perform crazy game breaking attacks consistently at the drop of a hat. There can be some exceptions to this rule, but more often than not this is used as a crutch, a form of artificial difficulty.

In my past two examples, the changes in difficulty made it perfectly clear that there would be crucial changes to the game's rules to allow for a more challenging experiences. This is done precisely so examples like this don't happen.

How exactly does Master Mode fare here? Well I'm only about twenty hours in but it seems that so far the internal rules remain the same. Enough consistent hits will knock back an enemy. Bombs will knock you off your feet. Set enough stuff on fire and you'll create a current. The list goes on.

So yeah, those are my thoughts on video game difficulty and how they can be challenging without being annoying using an example from one of Nintendo's most recent amazing video games.

Now hurry up and make more amiibos and more of that SNES Classic! My nostalgia needs a fix dammit!