Hello everyone, it's been 2018 for about two weeks now and I just realized I've had a terrible habit of not addressing anniversaries here at the Cybertavern. So before I upload the next chapter of Multiverse Desperado let's do some kitchen details while looking back at what I believe I have personally accomplished through writing on this blog.

As the name implied, the entire intent of this series of posts was for me to stretch some critical and creative muscles I don't usually implement, looking a bit more in-depth at animated films and tv shows.

Curiously enough this did lead to me re-discovering a love for anime that I haven't had for well over a decade. Stuff like Dragonball Super, My Hero Academia, and The Ancient Magus' Bride, have been absolute staples of my weekend media catch-up, plus discovering films by studios that aren't headed by Hayao Miyazaki. I know I'm a little late to the party on most of the stuff that I commented on, and I do not claim to be an expert on current trends or have high taste, you're talking to someone who is put off by Food Wars but enjoys Restaurant To Another World for example, but it's a good exercise I like to continuously work on to broaden my horizon and not just lock off the entire medium as something that I just grew out of.

Which does bring me to a sort of embarrassing confession. For a while I was teasing that I was going to give the Animation Deviation treatment to .hack//SIGN for a while. The series and its sequel, .hack//ROOT recently went up on Crunchyroll and it seemed like the best time to give such an influential series a chance. But right when I was putting the finishing touches on it to upload it...my computer crashed so hard I had to wipe the drive and perform a hard reset. On the exact same day I usually do back-ups of such things.

So sorry folks, looks like that's gonna be the one that got away.

But short version: Holds up pretty well, some of commentary on gamer culture is a bit dated in the social media age, and manages to tell a central mystery narrative as well as build up future intrigue without cheapening the central conflict. Also early 2000s tendencies to keep putting original music into otherwise quiet scenes is a bit annoying but damn if they aren't catchy! 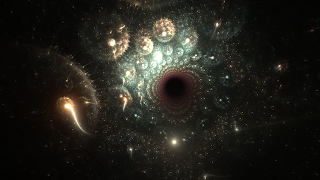 Things are actually coming along swimmingly with the JumpChain. Ever since I was introduced to it by my friends via Reddit, it's become a surprisingly fun outlet for creative fanfiction. Something I honestly haven't done since my early teens.

That being said, I have noticed certain members of my readership asking, some even demanding that I reveal the choices I've made and the items I have acquired upfront.

And you know what? That is a reasonable request.

Half of the fun that comes with doing a JumpChain is the same one gets from a Choose Your Own Adventure book. Choosing what allies, items, and powers you get while also deciding what drawbacks or weaknesses will affect you the most.

And there are plenty of writers out there who take copious amounts of glee in taking Jumps in the right settings and creating flat out broken builds for their Jumpers. And for those who like to game the system and feel like they've made a godkiller, I'm not here to judge.

That being said, my method of writing and handling my JumpChain is a bit different. So different in fact that some commenters on the blog want me to just get to the point and basically “show my work.”

And so I will make a concession and basically reveal the personal rules I abide by when it comes to writing and understanding the style of my JumpChain. I don't know if this has an established Style, but since until then we can just call it Digi-Style.

Rule 1: JumpChain Choices Are Revealed When The Jump Concludes

Yeah, call it crazy but rather than show things up front, the readers will only get to see the Stats once the particular Jump is over, either by death, success or choosing to stay in that world.

The reason for this is I am treating JumpChains as more of a creative writing exercise than anything else. And the one thing that immediately kills tension, pacing, or even just generally interesting storytelling is heavily telegraphed predestination.

For example, if I took the Marvel Cinematic Universe Jump and took the Drawback that Thanos The Mad Titan wants to kill me to take my power, then articulated that to the entire readership, the ENTIRE Jump is nothing but build up to or resolution of that large plotline because of how much it dominates everything else. And stretching that out over ten whole years is exhausting, like eating nothing but chocolate for a whole week.

Using this approach, it leaves everyone in the dark, wondering exactly how things will progress. Will this character become a companion in later adventures? Will the Jumper make the deal with the devil for power? Is that Warehouse going to get any bigger? The list goes on. And if your prose is up to snuff, it should feel natural.

This is so that other accomplishments or notable achievements done in the Jump can also be noted for legacy's sake. Case in Point, the Mass Effect Jump I'm currently in does have me start with 40k Credits, a little sneak peek of what I did pick up, but due to a lot of shenanigans in the actual prose, I wound up becoming the head of a company with a decently accessible trust fund. On a pure numbers level, I only “bought” those 40k Credits, but through storytelling it was an investment I made for something greater.

That and there will always be that one guy, you know who you are, who will condescendingly rattle off multiple “better” ways of optimizing the journey. Which is something I do my best to not entertain since it sucks the fun out of the whole thing. Which brings me to....

Rule 2: Items are Given, Perks are Earned

The reason for this rule is to try to keep newfound skills and abilities as diegetic as possible. Weapons, tools or vehicles can be received as soon as possible, either handwaved as a present from Jump or something earned then stored in the Jumper's Warehouse, whereas other Perks that convey skills or powers are naturally acquired and improved upon. Getting the ability to go Super Saiyan because you bought it with CP cheapens the whole thing. Building up to an iconic instance where you attain Super Saiyan form is immediately more exciting.

Alright this is actually a mild twist on another form of progression another writer I know utilizes. The method basically goes like this: Your first Jump is determined via die roll. Assign numbers to all Jumps you plan to go to, save the End Jump and any Jumps that blend into others like Metal Gear Solid and Rising or the Dishonored Jumps - those are lumped together under single number as well for the sake of continuity, and then roll some polyhedral dice. And that's where you go! Choose your Perks wisely and figure out how you survive.

However, the second Jump will then be one you decide. Maybe it's a much needed easygoing jump or something more challenging, doesn't matter it's your choice. Third Jump is determined by roll, fourth is a choice, and so on.

This is done so that there is a level of unpredictability to what happens from Jump to Jump while also giving you a small modicum of control. True you don't get the appeal of a tightly scripted odyssey through pop media, but at the same time you don't get situations where you just win everything easily because you got the right perk at the right time at the right setting cuz you did all the maths correctly.

I mean did you seriously think I wanted to take Mass Effect as my first Jump? Hell no! But the struggle has lead to some entertaining prose in my humble opinion! I'm living it!

Rule 4: Write The Jump As Inclusively As Possible

Did I really need to dedicate north of three chapters of my Mass Effect Jump to explain the N7 program, the Reapers, the concept of mass effect fields, the Krogan Genophage, or the First Contact War? To those who know the Mass Effect universe and know that the details are a mere wikipedia entry away, it would come off as a lot of wasted words and time.

But what happens when the next Jump goes to somewhere totally alien to the reader in question and the whole thing turns into a bunch of proper nouns, names, and places that amount to a lot of nonsense? You lose yourself a reader then!

The curious thing about fan fiction IMHO is that the author truly loves a setting so much as to want to write a story in that world, which can actually create new fans of the material if things are done right. And with something that blatantly crosses over multiple settings like a JumpChain, a lot of early clarity can save a lot of confusion later.

So yes, those are my personal rules for writing my personal JumpChain series, Multiverse Desperado. Hope it becomes a bit more apparent why they take so long now

Which finally leads me to the fate of.... 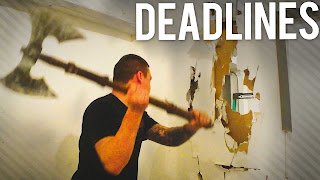 I am shelfing it indefinitely! Yeah I'm basically doing away with it. Long story short, money talks. But it will be replaced with...

Due to the indefinite holding off of That Random Podcast Show, due to a combination of scheduling issues, YouTube's draconian Content ID bullshit, and underwhelming grasp of Premiere, I have got a lot of thoughts on current events that I would absolutely love to get off my chest. And since it was cathartic as hell to do it in the aftermath of seeing Star Wars: The Last Jedi, I'm gonna make it a more regular thing, albeit with a less regular schedule. Geeky movie comes out? Here's my thoughts on it. Cool TV show came out? Here's My Thoughts. It'll...almost be like a real formal casual blog! Perish the thought!!